The Story of Alisea

I became interested in the HVAC cleaning industry during a visit to Boston in the late 90’s”-says Dr. Andrea Casa, Founder and President of Alisea S.r.l.

I went to the states to visit my best friend and former classmate from High School who had recently finished a degree in economics and finance in London and was starting an MBA program at the Sloan Business School at the Massachusetts Institute of Technology (MIT). During my stay at the campus I noticed some technicians working on what appeared to be the HVAC ducts, fumbling with strange brushes and equipment I had never seen. I asked the men what they were doing. They seemed annoyed about my interruption and told me they were “duct cleaners.”

I had come from a family of entrepreneurs who had founded a large company of industrial cleaning and services and I was very interested in what the men were doing because I had never seen anything like duct cleaning before.

Driven by curiosity I brought the men coffee and donuts, introduced myself as a young Italian who was eager to learn about the industry. As it turns out, one of the men had grandparents from Avellino and took a break to speak with me.

He told me how their job was to clean HVAC systems, as the dust and contaminates that often build up inside could be very dangerous for human health. I realized that during this time, contrary to what was happening in Italy, great attention was paid to indoor air quality in the United States. I wanted to make it my mission then to bring air duct cleaning to Italy.

I learned there was even a national association which brought together all the experts and companies in the sector. This organization, called NADCA (National Air Duct Cleaners Association), had a mission of promoting the development of knowledge, techniques and best practices in the field of analysis and remediation of HVAC systems and air plants.

All of this struck me deeply because from an early age I had learned the importance of breathing healthy air and the seriousness of consequences resulting from respiratory infection. This was the cause for which I would dedicate my professional life.

I was born, in fact, with Cystic Fibrosis, a result of two subtle genetic mutations. Fortunately, I was affected from an atypical and weakened form of the disease which unlike most allowed me to live into adulthood, but did not, however, spare me a whole series of unpleasant health problems.

I moved quickly to establish my business and began to think seriously about the impact I could have and the good I could do. I thought about the small suffering faces half hidden by aerosolized masks which I had seen all too often in the course my life.

Within three days of meeting the air duct cleaners at MIT, and  with the help of my friend who hosted me, I drafted a business plan to take back to Italy. It was a reminder of the American experience I had, and the good I could do bringing a new, important industry to my country.

At the time my parents were not thrilled about my intentions to start a new business. They were already very busy with the companies they ran and had hoped I would have a brilliant career in law. At the time I was completing my law degree, and was doing very well, but it was clear to me however, that I would do something different with my life. I continued to work at the family company in my spare time and in the summer months, and was much happier conducting business than studying laws and codes. 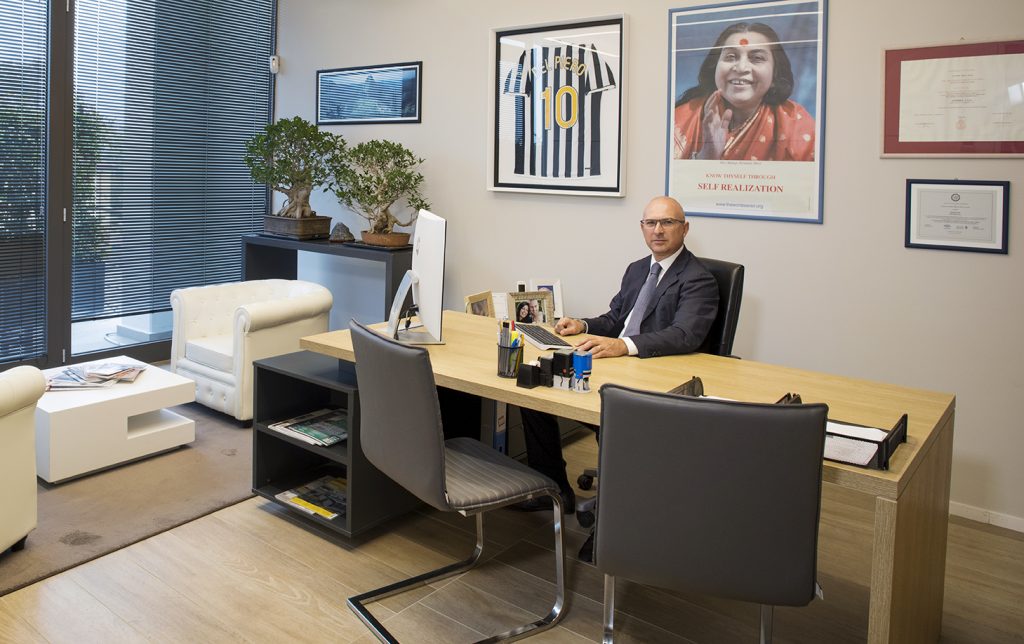 I always had a desire to become an entrepreneur, but out of respect and gratitude for my family, and personal ambitions, I achieved my degree anyway (late, but with the highest grades) and started practicing law. I never abandoned the idea of creating a company that would guarantee people healthy air, indeed, I had studied many aspects related to the introduction of this industry to Italy.

To that end, after a rather turbulent period in my family and with the promise to return to law if the company should fail, I founded Alisea.

The company is twenty years strong now, and in the time that has passed I can say that I have never, even for a minute, regretted the choice I made to start this business. Like most business start-ups entering a new market, the first few years were tough, and more importantly, I was a lawyer in an industry dominated by engineers and technicians.

In short time I realized that I needed to achieve a high level of technical training and to this goal I devoted many hours, days, months and years (this commitment continues today). Thanks to NADCA training programs, I mastered the technical education in our industry at its most advanced international level. My law degree and legal education allows us to see things differently than from solely technical perspectives and has aided in the success and growth of Alisea.

The ability to combine technical excellence of HVAC interventions with a full understanding of legal and probative dynamics has enabled us to provide a unique service that in addition to resolution of HVAC system hygiene problems, ensures our customers solid legal protection.

Today, there is a marked increase in supervisory bodies, litigation and claims for compensation linked to HVAC system biological contamination. In all of our years in business we have carefully followed the evolution of technical and scientific knowledge, and legislation on the subject. We are constantly studying new technical solutions and experimenting with new procedures which allow us to improve the quality of our services while keeping costs low for our customers.

Our primary mission has always been to guarantee our customers the highest degree of safety and professionalism in the hygienic management of HVAC systems. Our services have been received favorably by our increasingly vast, attentive and informed clientele. A large number of private companies and public institutions of national and international importance seek the services, advice and consultation of Alisea. Our attention to every customer goes far beyond technical cleaning. We embrace every aspect of a problem diligently, from the hygienic-sanitary dimension to the very important factor of legal protection.

“From an early age I had learned the importance of breathing healthy air and the seriousness of consequences resulting from respiratory infection. This was the cause for which I would dedicate my professional life”
ANDREA CASA
We use cookies on our website to offer you the most relevant experience by remembering your preferences and repeating the visits. By clicking on "Accept All", you consent to the use of ALL cookies. However, you can read the terms on the privacy policy to provide controlled consent.
Cookies Settings Accept All
Manage consent

This website uses cookies to improve your experience while you navigate through the website. Out of these, the cookies that are categorized as necessary are stored on your browser as they are essential for the working of basic functionalities of the website. We also use third-party cookies that help us analyze and understand how you use this website. These cookies will be stored in your browser only with your consent. You also have the option to opt-out of these cookies. But opting out of some of these cookies may affect your browsing experience.
SAVE & ACCEPT
Scroll to Top